If you regularly pay attention to the near-constant updates about privacy laws and data protection, then you’re probably familiar with Apple’s latest iOS14 privacy update. With implementation rolled out across Facebook on April 26th, these new changes will have a significant impact across the marketing landscape far and wide.

So what exactly is this update to Apple’s iOS for privacy? To make things easy we’ve broken it down into what you as hoteliers and advertisers need to know. Essentially, the biggest change for Facebook advertising for hotels is to Apple’s App Tracking Transparency Framework (ATTF). Apple will no longer allow advertisers to automatically track the Identifier for Advertiser (IDFA) tag. This in turn forces iOS users to opt-in to be tracked. When users download the iOS 14 update they will be automatically prompted to allow data tracking or not across Facebook.

From Apple’s point of view this update is to provide users with more transparency and the ability to further protect their privacy and information. From the consumer perspective this also seems like a great change in further protecting your information.

However, the fear being echoed among advertisers is that if users are prompted to accept or decline data tracking they will say no. Similar, the fear carries over to Facebook where with a large loss of data from iOS users we won’t be able to accurately measure the success of our campaigns.

The potential impact of this update could also hurt small businesses who rely on personalized ads to grow and succeed. Facebook has spoken out a number of times against this Apple update and is working to continually support and stand with small businesses.

Here’s what is changing to Facebook Advertising for Hotels

Let’s dig into what is changing within the hotel Facebook advertising landscape specifically.

Prior to January 19, 2021, Facebook supported the following attribution settings:

What does changing attribution models have to do with your hotel’s Facebook campaigns? Attribution models determine how revenue is counted from a user. So depending on which model is in place, it would change the amount of revenue visible to us which could alter the ROAS.

Currently to track conversion and revenue data for campaign performance at GCommerce we rely on Facebook pixels for all our clients. The Facebook pixel is a snippet of code added to the clients’ website allowing us to track notable actions (purchases, add to cart, page abandonment, leads, etc.) and saving that data for future use, such as with retargeting lists.

While we are still able to use pixel tracking, Facebook has now restricted how much data we are allowed to collect. Now we can only track, or place, up to 8 pixel events per domain and they must be arranged in order of priority. For many advertisers this severely limits the amount of data they are able to collect. While this may seem detrimental, we are not as concerned at GCommerce as we will still be able to track priority conversion events such as purchase and lead data for our campaigns.

It’s also important to note that even if an iOS user opts out of tracking it does not limit how many ads they will be shown. We can still reach these users and will be able to count their actions in terms of impressions, clicks, etc. It is only if they make a purchase or take an action tracked by our Facebook pixels that we cannot track the data.

Briefly touched on above, the way we report on data from Facebook campaigns will also change because of these updates. Not only will our data be under a new attribution window, but we also will be losing an undisclosed amount from users who have denied Facebook permission to track them. This will lead to reporting being less accurate and difficult to measure without the data of valuable, opted-out iOS users.

However, in light of recent changes, Facebook has also started including some statistical modeling into their conversion data to make up for the lost users. This is most notable when looking at campaign data starting in May, but we can see where some modeling has been used in April campaign data as well. Campaigns utilizing this feature will now be noted within the Facebook interface. In our campaigns at GCommerce we have noticed (thus far) that, for the most part, the addition of this modeled data appears similar to data collected before the update went into effect.

How GCommerce Prepared For Facebook’s Update

Although this change to Facebook advertising took effect on April 26, 2021, we’ve been preparing for this change at GCommerce since January 2021 when all the big updates were first announced. In fact, we’ve even had this on our radar for months prior to that, knowing that more data and privacy laws would be going into effect as the industry prepares for a world without 3rd party cookies.

Since January we’ve been equipping our teams with the knowledge they will need to educate and reassure our clients of what is to come. On top of that we’ve spent countless hours researching, strategizing and planning how these Facebook advertising changes will impact our current Facebook advertising, reporting and future campaign launches. By the time the update was implemented, our clients were verified and continued running with no hiccups.

Since then we’ve been working with our data team to make sure our client reporting suite, Summit, matches the new attribution models we see in Facebook and continues to reflect the success of our marketing campaigns. While Facebook continues to make quick pivots, our team is able to pivot just as quickly to mitigate any issues with our clients’ campaigns, performance and reporting.

What Will The Impact Be To Facebook Advertising For Hotels?

While we’re only a few weeks out from the initial rollout of this change to Facebook advertising, we expect to see continued changes within our campaigns in terms of targeting, audience sizes and overall reported revenue. To stay ahead of the curve, GCommerce is actively reviewing new strategies to help ease the gap in revenue with this new loss in user tracking. We are also monitoring audience sizes monthly to evaluate the true impact of the iOS 14 update and working on testing ideas for new audience segments.

The future of Facebook advertising may be unpredictable, but we are still confident in Facebook’s ability to target valuable audiences and provide a significant return on ad spend.

This answer to this question is an absolute YES. Advertising on Facebook will still provide you with valuable returns for your hotel and give you the unique opportunity of reaching wide and niche audiences with a smaller (or larger) budget. Connect with us to learn more about Facebook advertising or the new iOS 14 update. 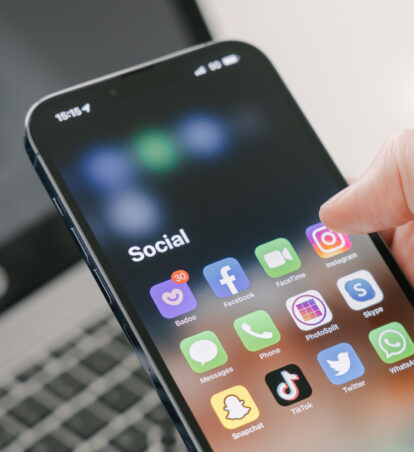 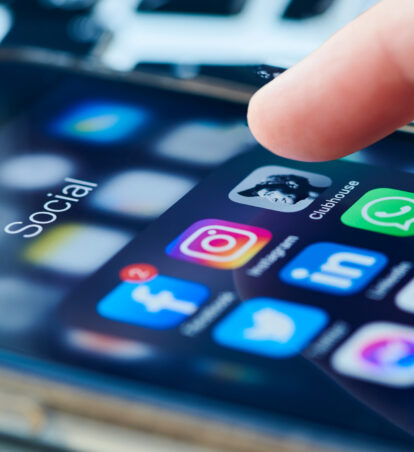 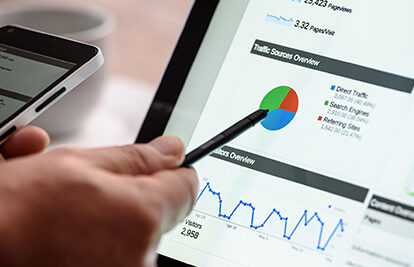 How to Analyze Your Hotel Marketing Campaigns’ ROAS